A Rise in Partnership Working with Domestic Abuse Charities 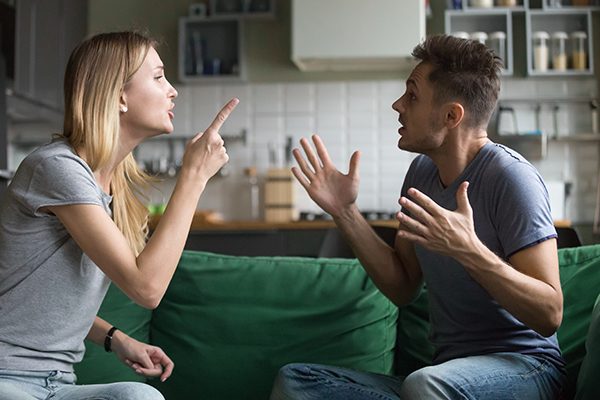 Recent years have seen a rise in partnerships and joint working between the statutory agencies working in and around the criminal justice system and the charities that support individuals and families that have been victims of crime.  This been most evident in domestic violence and abuse and has been hailed as an important breakthrough by many professionals, who believe that the long-term issues of both sides of the domestic abuse crime are not resolved through a siloed approach.

But what does a ‘siloed approach’ mean? Historically this has meant statutory agencies such as the police and probation services working with a perpetrator of abuse to address their criminal behaviour through arrest and rehabilitation, whilst the charities work separately and often in an unconnected way with the victim to help them escape the abuse or to recover. Equally, the statutory system has been seen to ‘victim blame’ or to hold the victim to account for the behaviour of the perpetrator of abuse, with little recognition by agencies of the impact caused by the trauma of the abuse and how this affects, what often seem to be, incomprehensible decisions made by victims. This more traditional model has been based on a ‘post event’ intervention and has often led to an ‘us and them’ way of working.

In more recent times, there has been a recognition that, to prevent perpetrators moving on to the next victim, or indeed returning to the current victim, more emphasis has been needed on changing the behaviour of both parties and understanding the drivers and responses of and to this abusive behaviour. Additionally, recognition of this new emphasis has led to the acknowledgement that domestic violence and abuse can happen in many different types of relationships and, although predominantly perpetrated against women and girls, can occur in same sex relationships, between other family members or even at an older or younger age than previously accepted. In fact, the prevalence of reports of child on parent abuse, both from adult children and more recently from younger children, has become of increasing concern to those working in the health and social care sector.

This growing awareness of the dynamics and impact of domestic violence and abuse and of the number of different ways in which abuse is perpetrated, along with a greater understanding of trauma and how that impacts on future behaviour, has changed the approach to practice. These changes have resulted in greater collaboration between those working with perpetrators and those working with victims.  Previously, programmes designed to address the behaviour of perpetrators have been focussed on intimate heterosexual partner relationships and have mainly consisted of voluntary modular group programmes, with little if any input from agencies outside of the organisation operating the programme.  Although these have been successful in changing the behaviour of many, more recently a new breed of programme has come to the fore. These programmes take a more tailored and whole family approach, making them more flexible to the needs of individuals and available to those in different types of relationships. They have also required multi-agency input, to ensure that the integrity of these programmes is upheld and that interventions are based on a 360-degree view of the whole family and their needs.

One such scheme has been generating a lot of interest and was recently subject to an external evaluation. The pilot programme connected the work of the police led Integrated Offender Management (IOM) Programme with the work of a local charity that was trialling an individual perpetrator behaviour change programme.  The individual nature of the programme meant that the work with perpetrators could be tailored to their specific needs and circumstances. Where-as the group models tend to follow a more prescriptive route.  Being 1-1 also meant that the programme was able to accommodate a more diverse range of perpetrators.  Previously the IOM had targeted offenders convicted of acquisitive crime, but the rising numbers of domestic abuse incidents and in particular the identification of prolific offenders of domestic abuse, both statutory and non-statutory, made this a clearly needed addition to the IOM programme.

The programme was set up to work with both domestic abuse offenders who had been convicted and those who had not been convicted of a domestic abuse offence. Those who had received a criminal conviction were immediately channelled to work alongside the then Community Rehabilitation Company, a key partner in the programme. However, the partners were keen to take an early intervention approach and to work with those not yet convicted in a preventative model. The overarching aims of the programme were to prevent the perpetrator from reoffending and from becoming criminalised; to prevent any further harm to the current victim and any potential future partners; and to prevent any children from suffering the trauma of growing up in domestic abuse households.  In this model, each of the cohort of perpetrators’ victims were deemed as being at high risk of death or serious harm and were therefore listed for discussion at the local Multi Agency Risk Assessment Conference (MARAC), to ensure that all of the necessary safeguards were put in place to protect victims and children.

Structuring this model required buy in from the MARAC as this became the start of the referral pathway. The MARAC, usually focussed on the safety of the victim, was asked to look at each case and to assess those where the perpetrator would meet the criteria for the programme, including the key requirement of it being safe for the victim.  Although a voluntary programme, the uptake was good and the results excellent, with reoffending rates generally under 10%. The programme’s pilot scheme had excellent results in terms of its aims, but the changes made to the way in which the various multi-agency partners worked together, respected each other’s views, and collaborated were most impressive. This was system change in action.

System change has until now been slow and often hampered by a lack of ‘permission’ for the various parts of the system to work together and to step outside of their area of interest. But this appears to be changing and the Domestic Abuse Bill is expected to help give an impetus to those seeking to challenge the behaviour of perpetrators. The breaking down of barriers and more joint working across the statutory and charitable sectors is therefore likely to become increasingly important as the system starts to focus more on this area of early intervention. Domestic abuse charities already identify that they employ many staff from criminal justice backgrounds, including qualified probation officers.  Correspondingly, there is a growing recognition of employing qualified Independent Domestic Violence Advisors (IDVA) or others who have worked extensively with victims, to work with perpetrators of abuse, because of their in depth understanding of the impact of abusive behaviour on the victim. This will require the workforce to become more flexible, with more exchange of skills across the criminal justice and domestic abuse charity sectors and exciting opportunities for professionals from one sector to gain experience in their counterparts’. Along with this will come an increased need for training and upskilling.

What is currently unclear is what impact the current Covid 19 pandemic will have on the progress of more collaborations and joint working. The domestic abuse picture during the lockdown period from March to July was very mixed. National domestic abuse helplines and some local services reported record numbers of calls from victims, whilst others reported a downturn in the number of referrals, which corresponded to the police’s own initial reports of lower levels of reported domestic abuse incidents at the beginning of lockdown.  The challenges presented to agencies working with those affected by domestic abuse have been immense, but the feedback on how, in many areas, professionals from across all sectors of the system pulled together and shared resources to ensure services, advice and information was available to all, lends weight to the argument that Covid is not likely to have any long-term impact on the progress of system change. In fact, if anything, it is likely to accelerate the rate of change, particularly as, with the lifting of restrictions, the numbers of reported crimes and referrals for domestic abuse services have climbed to be well above pre-Covid levels, with many expecting the increased level of referrals to remain for a prolonged period.

Going forward into this new more collaborative world of partnerships and joint working between the statutory agencies and the charities, who are increasingly working with perpetrators as well as victims and children, there needs to be a consideration as to how the wider system that offers workforce development and careers advice needs supports this change, in order to prevent what could be an amazing opportunity from becoming a threat.

Red Snapper Group offer recruitment and training services dedicated to the Voluntary, Community and Social Enterprise sector, and are market leaders in the recruitment of offender management practitioners in particular.

If you would like to find out more about how Red Snapper Group could help your organisation with recruitment, please contact tomas.keenan-blair@rsg.ltd for further information.