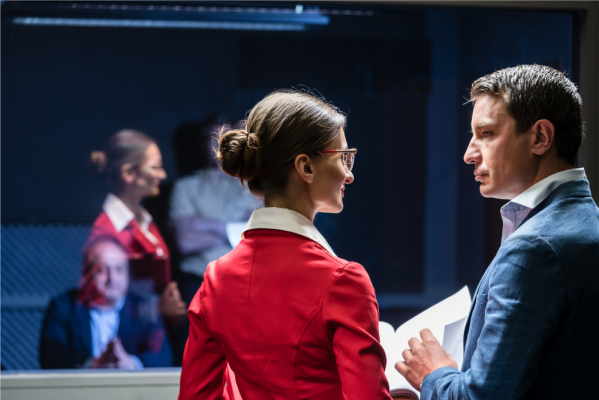 For the purposes of this article the word ‘investigator’ and term ‘investigation professional’ refers to the roles/jobs whose principal tasks are to manage a case load of allegations for which the worker is required to collect evidence, interview witnesses and alleged offenders, to compile case files and make recommendations for next stage actions.

Using the definition for the role of investigator set out we estimate the total size of currently employed investigation officer talent market to be approximately 420,000.

An approximate breakdown of the overall market is as follows

The regulatory enforcement sector which is comprised of functions within local government (trading standards, environmental health) and free standing agencies described as ‘regulators’ employs a significant number of investigation officers who undertake roles which have a considerable amount of homogeneity when compared to each other and the criminal investigative roles within the law enforcement.

The legal sector employs approximately 60,000 paralegals in the UK. These roles are highly varied in scope within the sector and fall outside of the strict definition of the role of investigator. However a limited but significant pattern of transition from paralegal roles to police staff investigation roles has been identified in the last three years.  A pattern of high representation within applications for the post and higher success rates in terms of appointment.

The dominant sub sector within the investigation profession remains law enforcement, which is comprised of the police sector and an array of central government organisations, which are assigned criminal investigation powers.

The law enforcement sector continues to undergo a process of change in which it more and more conforms to standard labour market trends. The police sector still remains one of the last profession types which could still be described as a sector in which the ‘job for life’ principal remains. Nonetheless this principal has eroded significantly across the last five to ten years. The police sector and specifically the profession of police officer has seen attrition rates steadily grow. In the next ten to twenty years, it is highly likely the police sector will experience officer attrition rates comparable to standard profession market trends.

The reasons for this can be broken down into three broad themes.

Broad socio-cultural changes and their impacts on the modern worker.

Millennials are a generation that are happy to move jobs more frequently to get what they want and build a ‘portfolio career’ where they have a number of jobs over a few years.

The millennial worker has inverted established work place values. Rather than stick with the view held by many from the older generations, that moving jobs regularly is not a good thing and shows a lack of staying power, the millennial worker see changing jobs frequently as a strength and expectation.

The college’s Police Education Qualifications Framework (PEQF) means that from July 2022 anyone joining the service as an officer will need either to already have a degree or obtain one before passing probation. This change will further exacerbate attrition rates within policing by creating a ‘graduate culture’ within its ranks. A culture which expects advancement and will more readily leave the organisation to attain it.

Complex investigations can be laborious as they require painstaking analysis and attention to detail. Detectives need to plan ahead and manage their time well while constantly trying to avoid being overwhelmed by the workload and paperwork.

There is a perception that there is a mountain of administration in the role and the increasing need to interrogate electronic devices for digital evidence is makes the job cumbersome due to highly publicised backlog of computers, tablets and phones awaiting examination and adding another level of complexity to investigations.

Officers have real and perceived negative perceptions of the work of the detective which becomes caricatured as unrelenting nature of the work can take its toll. There is a wide spread belief amongst officers that it can be debilitating and have a detrimental impact on personal relationships, physical and mental health.

HM Inspectorate of Constabulary (HMIC) called the lack of trained detectives a “national crisis” and the Police Federation’s National Detectives Forum estimates that there are 5,000 vacant investigator posts across all forces in the UK.

In 2020, HMIC suggested cuts to police funding had led to many victims of crime not receiving the service their crime demanded. It found house burglary and theft offences regularly being resolved over the phone or allocated to neighbourhood police officers for investigation.

Work force planning professionals need to accept the new reality of greater levels of worker mobility and design an array of pathways for established investigation talent to transition into policing to redress the balance of skills loss from the sector.

The police sector has embraced new ways to attract entry level investigation talent by creating new and interesting entrance pathways such as the detective direct entrance schemes.  It should replicate this approach to attract experienced investigation professionals.

With a more strategic approach to procurement and supplier engagement UK Policing should leverage its spend on contingent labour to support a greater transition of investigation talent towards the sector.

Part of our approach is to facilitate a greater level of mobility of trained investigation professionals between different work sectors; namely the broader public sector and the commercial sector. To provide meaningful transition training for non-police investigation talent at no cost to the authority or candidate.

A current program which is designed to exploit opportunities available to the law enforcement sector is RSG’s current paralegal to PIP1 transition offer.

RSG has a live program which is targeting experienced paralegal professionals and providing them with 30 hours of ELearning and virtual class room support to make them job ready for assistant police staff investigator roles.

The links below take you to the 2021 – 2022 RSG Investigation Profession Report which gives details of the current size of the overall trained investigation labour market, the different sub sectors keys skills and attributes the potential opportunities which exist for law enforcement employers with respects to engaging with this broader labour market.